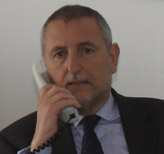 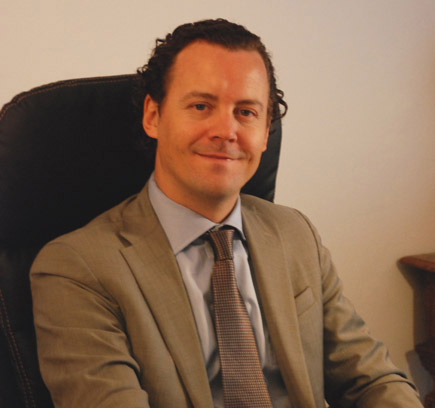 The department for alcohol Abuse and Addiction, Pathological Gambling and Internet Abuse and Addiction is equipped for the diagnosis, therapy and rehabilitation of specific addictive behaviours. The therapy method adopted at “Le Betulle” Medical Centre originates from the assumption that causes of addiction to substances and behaviours are pathologies due to several predisposing factors (physical, psychic and social).
Consequently, the treatment is addressed to each of the involved areas (alcohological, psychiatric, psychological, medical and social), taking in charge both the patient and their family. In this perspective, the combined multidisciplinary approach of the clinic’s professionals (alcohologists, psychiatrists, individual and group psychotherapists, internists, neurologists, music-therapists, kinesitherapists, etc.) is invaluable.

The forms of the pathological use of alcohol beverages are mainly: Alcohol Abuse and Alcohol Addiction.

Alcohol Abuse: abusing of alcoholic beverages doesn’t necessarily indicate drinking it in huge quantities. The abuse occurs when the consumption is excessive relatively to an individual’s ability to process alcohol (metabolic capacities). In some people the range is higher than others, therefore what is an excess for someone may be acceptable for others. However, even for the same person a particular amount of alcohol may be excessive or moderate depending on current physical conditions and/or specific situations like,  for instance, the assumption of certain kinds of medication.

Alcohol Addiction (Alcoholism): is characterized by the impossibility to quit drinking even when the person realises the problems caused by that substance (ethyl alcohol contained in all alcoholic beverages). In other words, a person who develops an addiction is a slave to alcohol and is no longer in control of consumption. If at the beginning he was  convinced he could stop at any moment and could handle it at will, he gradually realises his willpower alone is not enough. At this point alcohol has taken control of the person, rather than the other way round.

Many years ago, the World Health Organization (WHO) recognized alcohol addiction as a proper disease which, at one point of the alcoholization process, eludes the consciousness and the will of the addicted people, pushing them to drink beyond all logic, against their own interest, almost in automation. Alcohol addiction has been officially included in the diagnostic and statistic manuals of the most influential medical and psychiatric associations (i.e. the ICD9 or the DSM (Diagnostic and Statistic Manual) of the American Psychiatric Association (APA).

Pathological Gambling  is a mental disorder which has been classified by the American Psychiatric Association within the category of “Behavioral Addiction”.
Compulsive gamblers (or pathological gamblers) are those individuals who are chronically and progressively unable to resist the impulse to gamble. Their behaviour compromises and destroys their personal, marriage, family and working relationships. Compulsive gamblers don’t present any specific somatic, age, gender, or social class traits or characteristics which make them identifiable. However, from a psychological point of view, they are frequently individuals with a narcissistic, dependent and impulsive personality.

Often, behind an arrogant front, they hide very low self-esteem. The first thing we wonder when confronted with someone who has ruined his life gambling is: “Why didn’t he stop in time?”. In reality, addictions produce a series of vicious circles, which ‘feed’ the behaviour. More specifically, in gambling, “chasing” is the main mechanism, i.e. chasing losses. Often, after an initial phase of exciting wins, the predisposed individual tends to “run after” other wins, increasing frequency of gambling and bets. When he starts to lose, he attributes it to an “unlucky streak” and tends to take higher risks, with the illusion of obtaining higher wins in future. At this point, losses exceed wins by far, thus the chasing phase begins, trying to recover losses thanks to a “stroke of luck”. At this point, gambling is seen as the only chance of redemption and payback.

The therapy units devoted to Internet abuse and addiction are more recent. The use of internet – sometimes excessive – may, in some cases, become a problem and take on the traits , of a proper disorder, definable basically in two forms: Abuse and Addiction. In these cases we intend people who spend too much time in front of their computers, neglecting work, family, relationships and even their own health, being absorbed by online gambling or shopping (Net compulsion) and by websites specialized in cybersex or cyberporn (Cybersexual Addiction). Other times, the addiction is related to virtual relationships established through emails, social networks, chat lines (Cyber-relationship Addiction); or addiction to information, with compulsive online navigation (Information Overload) or, lastly, the addiction to games, such as solitaires or role playing games (Computer Addiction).

When these conditions occur and we realise we are too involved, it’s time to seek a solution and, if we can’t manage on our own, to seek help from a specialist. The therapeutic programs offered at “Le Betulle” are based on each patient’s peculiarities and can be both on an outpatient basis or, if necessary, require a brief stay in hospital. At the end of the residential program, therapy may be continued as outpatients, with different options: individual, family, or couples psychotherapy sessions; psychotherapy or educational groups for individuals and families; internistic medical checks-ups; psychiatric and psycho-pharmacological check-ups.