Created and built for the will of Prof. and Dr. Augusto Guida, supported by a team of psychiatrists, the ”Le Betulle” Health Medical Centre was inaugurated on the 3rd of April, 1966.
It was born with a neuropsychiatric aim, opened to all the psychological pathologies, as a quite new institute, it was conceived to be revolutionary from the other psychiatric structures, madhouses and psychiatric departments within the University Clinics. Totally opened, without barred windows and latches, it completely expresses the ideas from where the Basaglia Reform (1978) derives, anticipating them 12 years before.

The respect for the patient is our driving force; a perspective that has oriented the edification of the building first (a unique structure surrounded by nature, with a private room for each patient guarantee an absolute privacy), then developing a truly therapeutic community through a mutual sympathy between patients and doctors.

With time, beside the treatment of classical psychiatric pathologies (mood and anxiety disorders, schizophrenic disorders and related chronic psychosis) the Health Mental Centre has approached other pathologies, such as the drugs abuse, the personality and food disorders, and the elderly psychic pathologies. The service offered is adequate and innovative, both inside the Centre and in case of an external treatment.

To deliver an increasingly valuable and technologically advanced service, during the 80’s the Centre has empowered some activities, now opened also to external patients: medical analysis laboratory, now an autonomous group, accredited with the NHS, among the primary operator in Como province; as well as the diagnostic imaging service, at the beginning equipped only with X-ray, has now multilayer ”Low Dose” CAT, breast scanner, DXA, high magnetic field MRI (1,5 Tesla), digital orthopantomography, dental DXA (Cone Beam), Ultrasound Scanner, and several other diagnostic instrument.

At the same time, the outpatient activity accessible to internal patients has then opened also to those external and risen up to 22 medical offices.
In the middle of 90’s a large surgery area was created with three operating room.

Recently, the Centre has reorganized the Internal Medicine Service, taking advantage of a specialized team of internist 24/7, each day of the year.
Now ”Le Betulle” Health Medical Centre if on one hand is a reference point of the psychiatric italian excellence, it is by now also able to afford the most diverse medical pathologies, both with outpatient and surgical treatment, with or without hospitalization. 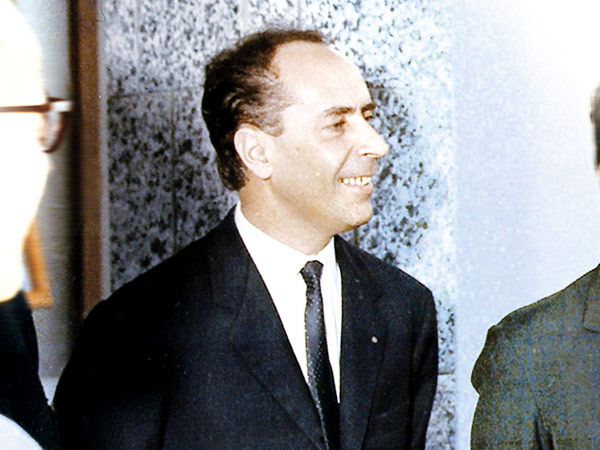 Prof. Augusto Guida with guests at the inauguration