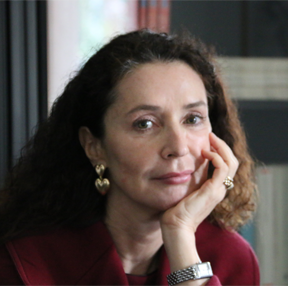 In healthy conditions mood levels are generally stable, with temporary upward or downward swings due to external incidents (i.e. a career development, a win, job loss, or bereavement).

In a patient suffering from mood disorders, moods can swing to a “high”, as in a manic phase, or to a “low”, as in depression, in a way that is disproportionate or independent from external events.

At the moment, four main nosological groups have been defined, based on severity: Major Depressive Disorder (Major depression) and Dysthymia, Bipolar Disorder and Cyclothymia.

In our department mood disorders are treated with the use of medicines, combined with a psychotherapeutic approach. The patient receives round the clock care, which reduces the duration of the “critical phase” crisis, and consequently hospitalization.

DEPRESSION, a disorder which affects genetically predisposed individuals, is an alteration of mood which “colours” the patient’s psychic life in a negative way. It is a diorder which can present a variety of symptoms, typically psychic and somatic:

It is more common in women and it can manifest in various ways, depending on age: children can present eating and sleep disorders, behavioural and learning problems. Teens can become progressively secluded, with social isolation; exacerbate conflicts with family and society; turn to drug and alcohol abuse. In elderly people, depression may be confused with dementia.

DYSTHYMIA is a Mood Disorder characterized by chronic depression with symptoms similar to those of Major Depression, less severe, but over a longer period of time.

BIPOLAR DISORDERS are characterized by manic/euphoric episodes which can alternate with depressive episodes, whereas CYCLOTHIMIA is a less severe clinical pathology, always characterized by the succession of manic and depressive phases. Sometimes the less severe cases may influence in a positive way the patient’s abilities, and can originate success in their career, relational and social lives. In any case, treatment is necessary, since the loss of critical ability may lead to economical, relational and social disasters (excessive spending, risky investments, aggressive actions, antisocial behaviour, and risky sexual behaviour). In the euphoric/manic phase the patient’s perception is of extreme well-being, making it difficult to persuade them to be cured.
It is of paramount importance that the patients are correctly diagnosed and families involved in bringing the patient to a specialist, considering the possible consequences may be very serious.

In most cases, manic episodes are recurrent. The onset is often intermittent (the patient is normal in the morning, then after a few hours there is a switch to euphoric state). Sometimes, the episode is triggered by a stressful situation and it precedes, or follows, a depressive phase.Therefore stabilizing therapy is called for and usually lasts several years, if not for the entire lifespan.

The prevalence in general population is of 1-2% (manic episodes are more common in men rather than women who, on the other hand, more often present depressive episodes within bipolar disorder).

The subject quite often perceives the resolution of a manic episode, therefore the return to normal mood, as a mild depressive state (lack of self-balance). This points us in the direction of choosing both outpatient care but also, in the most severe cases requiring hospitalization, psychological support which at times, if necessary, can be structured to discharge the patient into a varyingly oriented psychotherapeutic plan.

In our ward we treat every case through an adequate integration between drugs and psychological therapies, aiming to find the most suitable treatment for each patient. We follow patients both in our outpatient department and/or through hospitalization with the advantage, in the latter case, of a more speedy recovery. Generally, already after 10-12 days of hospital stay we can witness marked improvements. Outpatients are also monitored on a daily basis (also by phone) to evaluate the effectiveness of therapy which, in order to be considered satisfactory, should guarantee the least side effects possible combined with the greatest clinical benefits.

Our patient support is constant: we aim for patients to play a leading role in their healing process, sharing the therapy program with them.

Who should be responsible for referring the patient to a specialized centre? Certainly the family doctor plays an essential role, because individual symptoms such as headaches, insomnia, irritability, changes in eating habits and fatigue can appear several months before a mood disorder. Therefore, he should immediately consider the possibility, should there be no physical causes for the patient’s symptoms. Meeting a specialist may help a depressed patient rediscover something they thought they’d lost: the will to live.