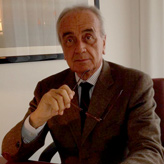 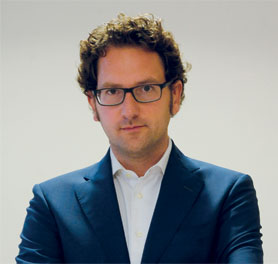 Clinical Psychologist, in charge of psychodiagnostics

The word psychosis indicates a mental disorder that interrupts a person’s relationship with reality, seriously distorting their judgement and compromising their personal, social and professional life. The affected person tends to isolate and is unable to carry out normal social and family duties, and a blunted relation to life, a lack of motivation and loss of interest in common hobbies can also be observed.
The classic symptoms of psychotic disorders can be divided into three categories: hallucinations, delusions, and distorted thoughts.

Hallucinations are distorted auditory, visual, olfactory or tactile perceptions. Delusions are false beliefs that lead to a profound misconception of reality, accompanied by the patient’s irrevocable convictions, even in the face of evidence to the contrary.
The most frequent types of delirium include: persecutory delirium, when a patient believes to be the victim of persecution; grandiose delirium, when the patient is convinced that they have special powers or skills, or that they are the only repository of truth; delusion of thought insertion, when a person believes that another being thinks through their mind;

religious delirium, when religious forces totally govern the person’s life, making them believe that they are immune to from misfortunes and illness; identity delirium, when the person thinks that they are a renowned character from either the present or the past; delirium of erotomania, when a person is convinced they are secretly loved by someone who, in reality, doesn’t love them at all; and delusional jealousy. Distorted thoughts manifest as alterations in normal thinking processes, such as an alteration in the of flow of ideas, incoherence and the interruption of associative links.

» Delusional disorder and other forms

Patients with Somatic symptom disorders complain about physical symptoms and worry about their health. Such complaints find no explanation in organic physiological causes or even in other mental diseases. In other words, the cause is purely psychological and individuals suffering from these disorders spend a lot of time on medical consultations and tests, usually ending in a psychiatric consultation. Often, a neurological examination – frequently sought by patients of this kind – does not reveal a physiological complaint.

Symptoms may cause intense distress within social and working environments and, contrary to other disorders (e.g. Factitious disorders – see below – and Simulation), the patient’s symptoms are not intentional, i.e. wanted or sought by the patient, but actually perceived.

» What are the Somatic Symptom Disorders?

Personality traits define how we relate to ourselves and the world around us, and are usually matured during early adulthood. Established personality traits remain relatively stable in time, and do not change significantly in relation to varying situations and contexts.
A Personality Disorder arises when these traits become so rigid that they are disabling, effectively reducing one’s ability to adapt to different situations and compromising interpersonal relations and professional ability.
Often people with a personality disorder do not notice their illness, as their personality traits have become so strict that they blame their problems on the outside world. A person affected by a personality disorder may call for help as a result of environmental frustration, when symptoms such as anxiety, depression or maladaptive behaviours set in, but usually it is friends or family members worried by the person’s behaviour who insist that they seek specialist help.

Borderline personality disorder is one of the most frequently diagnosed personality disorders, and is characterised by marked instability in relation to affective and interpersonal relationships and self-image, accompanied by accentuated impulsivity. Those who suffer from this disorder often present unpredictable, incoherent or contradictory behaviour, intense feelings of guilt and desperate attempts to rectify the damage done. Self-destructive and impulsive behaviours are frequent, and are self-inflicted in order to avoid emotional distress, for example: cutting and burning one’s skin, use of alcohol and drugs, casual and unprotected sex, reckless driving or even, in the most severe cases, suicide attempts.